Jellyfish are eerily beautiful creatures and they can be the visual inspiration for costumes for all ages. Great for Halloween, a school pageant, a parade, or a play, these costumes are something everyone can craft at home.

This elegant dress with a jellyfish tutu is a fun DIY costume project to undertake. It is modeled after the stunning light up dress that was created by Instagram user April He. It incorporates purchased items, some crafting, and even involves the use of some fun lights. For this costume to be safe for the wearer, the lights purchased must be LED lights so they do not heat up and burn the wearer or the fabric of the tutu. These instructions are for an adult sized costume, but can be modified for a child by measuring and making the tutus and the tentacles shorter.

If making the tutus instead of buying them, use the supplies listed with the no-sew tutu tutorial and instructions.

Make and Attach the Tendrils 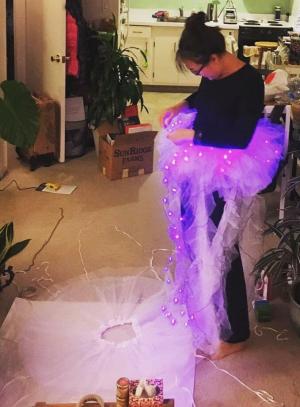 How to Attach the Lights

Never pierce the wires of the LED lights with the sewing needle or safety pin; only fasten them in place over the top of the wires.

Put the Costume Together

This jellyfish-inspired hat is a great starting point for a costume for infants, children, teens, and adults. The hat itself can be crocheted or knitted at home or can easily be purchased. A color-coordinated outfit to go with the aquatic theme completes the look. 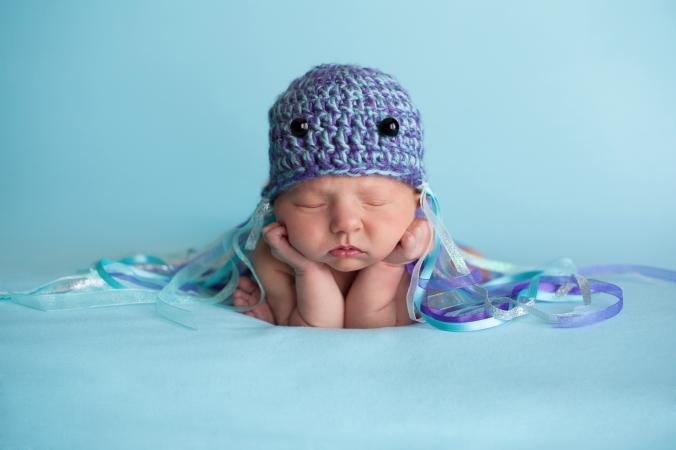 It's easy to emulate one of the elegant, vibrant angels of the sea with either of these costumes using readily available craft supplies and fabrics. Experiment with different color combinations for the ultimate custom jellyfish costume.

3
Comments
© 2006-2020 LoveToKnow, Corp., except where otherwise noted. All Rights Reserved.
How to Make a Jellyfish Costume