Wearing Wizard of Oz costumes will never go out of style. For Halloween or any other sort of event or occasion where a costume is needed, Dorothy's blue and white checked dress and ruby red slippers, the Tin Man's silver body, and the Wicked Witch of the West's green face will never go unrecognized.

The most popular Wizard of Oz character costumes are: 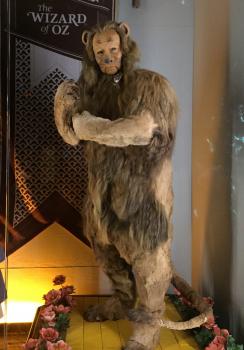 Several costume stores sell character outfits that will fit babies, children and adults. One of the largest selections can be found at Wizard of Oz Costumes. This store sells traditional-looking costumes as well as variations of the costumes that were worn in the movie. For example, there is a Dorothy costume that looks very similar to what the movie's Dorothy wore, and there is also a Sexy Dorothy costume available, in which the dress is extremely short and the thigh-high white stockings have little blue bows at the top.

All of these costumes can be found for purchase at many costume stores, including Costumes Galore. 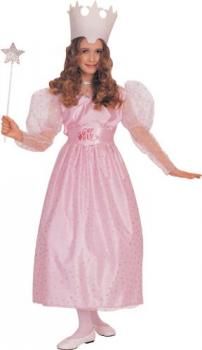 Costumes that depict the characters from the Wizard of Oz are fairly easy to find, and are usually not expensive. For Halloween or a costume party, it can be great fun to get a large group of people together and have each person dress as a different character. Normally, each character's outfit can be purchased for $30 or less. The costumes can also be handmade or pieced together using different household items.

However, there are also expensive costume versions for sale. The "deluxe" costumes that are for sale at Annies Costumes.com, for example, run from about $200 for Dorothy to around $350 for Glinda the Good Witch. These costumes are not the type that are normally purchased for a one-night event. Expensive costumes such as these can usually only be purchased by special order, and they are almost always non-returnable.

Trying to decide which costume is the right one for an individual may be difficult. On the one hand, Dorothy is always a favorite because she's sweet, determined, and likable. On the other hand, the Wicked Witch of the West is mean, green, and she has a great laugh.

To help determine exactly which character is the best suited for a person, it's a good idea to take the Which Character are You quiz from Quizilla.com. The quiz asks users to select their best answers from a set of nine questions related to the Wizard of Oz. After the quiz is completed and the "Submit" button is clicked, the website will provide an answer to the question of which character is "you," and which costume should be worn.