Traditional Mexican clothing has a rich and vast history. While many historical styles are going out of fashion, you can still see the traditional Mexican dress around certain holidays and on special occasions. Explore the vibrant, explosive designs and fabrics found on traditional and authentic Mexican outfits and costumes worn by men, women and even children.

The culture of Mexico is vast, much like the clothing, which doesn't lack for originality and color. With a beautiful blend of Spanish and native elements, these designs are bold, colorful and unique. There are several styles and pieces that one could consider "traditional Mexican dress," it's important to look at all of them to get an idea of the rich history of Mexican clothing and costumes.

Traditional clothing is colorful and comfortable. For women, dress consists of a blouse called a huipil which is a simple square of fabric with a hole in the center. It is embroidered around the neck and then folded in half and stitched at the sides. The embroidery tends to be very elaborate and meaningful. The designs represented the cosmos, gods and their helpers. The woman wearing a huipil thus becomes part of this universe. 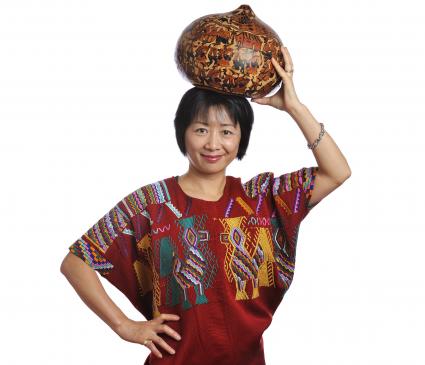 A modern version of the huipil, the blouse is a decorative shirt with short sleeves. Traditionally made of white, hand-woven cloth, the neckline is edged in braid or embroidery and the bodice is colorful. Depending on the intricacy, the blouse might have other decorative embroidered elements like birds, people and animals. 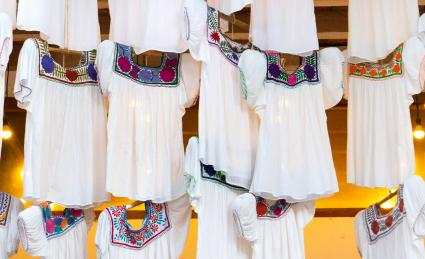 The traditional skirt can come in an array of varieties and colors. Given their Spanish roots, these skirts flare and are colorful. They might be made of an assortment of fabrics from hand-woven cloth to rich silks. Much like the blouses and huipil, the skirt can have vast and colorful embroidery and symbols. They might also be solid colors like red, yellow and purple. While most traditional skirts are ankle length, knee-length skirts can also be found. Additionally, traditional skirts wrap around the body and are secured by a sash. 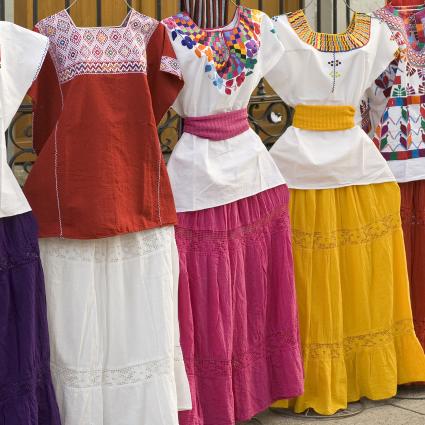 A rebozo is a cross between a shawl and a scarf that drapes along the body accentuating the fluid and feminine movements of a woman. Typically crafted of rough cotton, the rebozo can come in a variety of styles and colors. These shawls might be decorated with intricately woven fringes. While the rebozo is a decorative costume element, it also is functional in helping to swaddle and carry a baby. 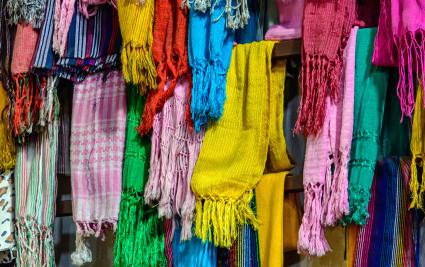 Traditional outfits for men are less elaborate than a women's outfit. Most men traditionally wore shirts, pants and boots of one color. However, there were a few distinct traditional elements that men wore.

One known traditional element of Mexican wear is the sombrero. While a festival sombrero will be colorful with flourishes around the rim, an everyday sombrero is just a straw hat to keep the sun from a man's face. 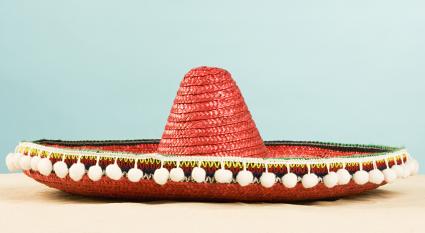 A cross between a poncho and a blanket, the sarape was used to keep warm in the winter months. Typically made of wool or fleece, everyday wear comes in muted tones of greys and browns for shepherds. However, for festivals, multicolored patterns of reds, blues and yellows can be found. 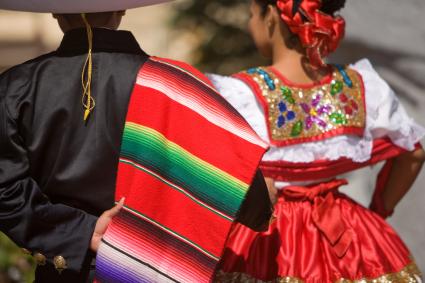 Most children wore the clothing that their mother or father wore except in a smaller version. However, young babies and girls could have worn a huipil or blouse like dress. This dress typically featured bright embroidery along the front and hem. The cloth could be white or dyed. 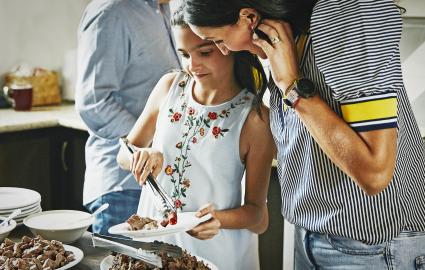 Mexican style costumes are more flamboyant and brighter than the traditional day wear. They take color and flourishes to a new level. Typically, very bright and intricately embroidered, Mexican costumes have their own distinct style.

Bold and beautiful are the name of the game when it comes to the Puebla or Mexican folklore dress, which is made for folk dancing. Far more colorful than traditional wear, the blouse might be pink or yellow with contrasting color details. The skirt is long, flared and multi-tiered with ruffles and a variety of color. 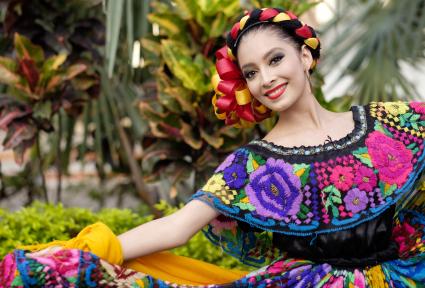 Worn by conquerors or horsemen, the history of the charro suit is as vast as the suit itself. This suit consists of a jacket, shirt, tie, pants and belt. The fabric of the suit might be made of wool or cotton and can come in vibrant blues, purples and yellows or more muted blacks and browns. The jacket and trousers typically are decorated with elaborate embroidery and embellishments. The buckle of the belt is also elaborately designed. 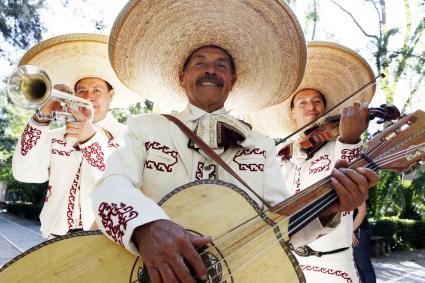 Unlike the serape which has no openings and is worn over the shoulders, the poncho has a slit in the middle for the neck. This woven costume embellishment is typically made of wool or cotton and comes in vibrant colored line patterns. Ponchos were made to be watertight. 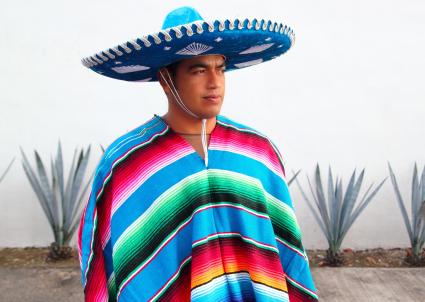 Mexican costumes and traditional wear have some distinct elements. However, both are generally bright and eye catching in one way or another. From the intricate embroidery to the bright colors, Mexican costumes and clothing have a distinct flavor that speaks to their Spanish and Mayan roots.