A costume that's scary is a must for anyone attending a Halloween or horror-themed party. What makes a costume scary depends not only on your crowd, but how well you pull off your idea. Don't be limited by traditional werewolves, devils and mad scientists when trying to come up with a scream-worthy idea.

A monster man doesn't necessarily have to look like a furry creature gone mad or death warmed over. Instead, use elements such as strange hands, an insane asylum style mask and a prison uniform to create a scary creature costume.

An ogre is a great costume for anyone who enjoys fantasy or science fiction. Make yours scary by finding a mask with an evil face and outfitting him with a few nasty looking weapons. Don't forget to have disgusting teeth that look like they could rip someone's head off!

Voodoo doctors, shamans, and witch doctors are all excellent choices for a costume for a man or woman. Makeup should be black and white, with a little red thrown in. Have plenty of accessories like bones, dolls, skulls and strange artifacts to complete your outfit.

Dressing up as a magician isn't necessarily scary, but when you put a dark spin on it, everyone is sure to be creeped out. A black cape, book of spells and a scowl help create the ultimate dark wizard. If you want, consider picking up some small laser lights and create a creepy lighting effect to represent the "magic" around you.

Not all scarecrows are as loveable as the one in The Wizard of Oz. Make yours truly frightening by finding an evil jack-o-lantern mask. Add pieces of corn stalks to your jeans and button down shirt to make it look like you've been traipsing through the fields, looking for your next victim.

Pull a fast one when you take a traditional clown outfit and make it scary. Draw a frowning mouth, have dark colors around your eyes, and carry a knife, ax, gun or other weapon. Develop an evil laugh to complete your character.

The ax murderer costume is a staple for many people who enjoy dressing up in scary costumes. Take it to the next level by becoming a mad butcher. This costume is quick and easy to create. Splatter red paint all over a white apron and toy knife, and wear black pants with a white t-shirt.

If you have exceptional makeup skills, or know someone who does, create a costume that is painted onto your skin. The lizard man at the left has a disturbing look created by body paints and makeup.

Zombies are customary costumes around Halloween. Take yours to the next level by giving it a spin with a secondary theme. Make your zombie a teacher, schoolgirl, athlete, princess or other character. 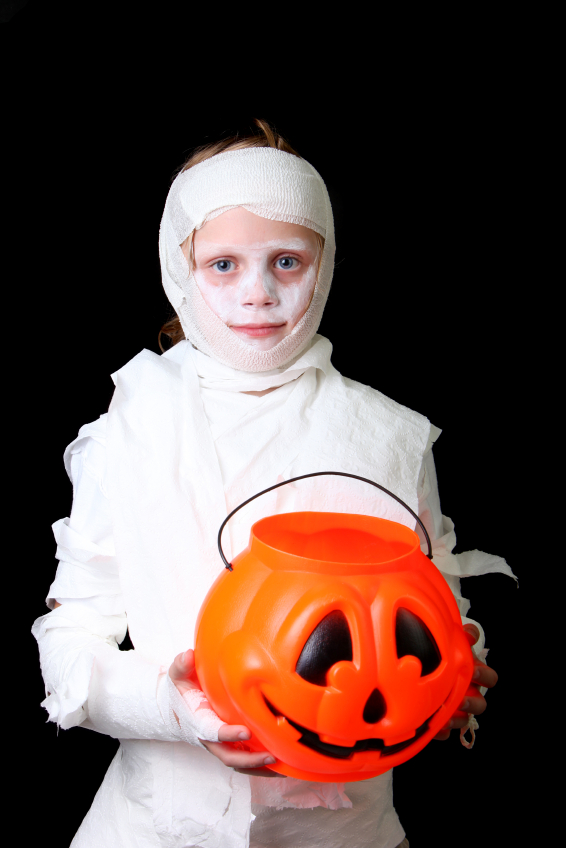