A Peter Pan costume pattern can make quick work for a costume of this iconic childhood emblem or the accompanying cast. Longtime favorites, Peter Pan characters are fun to dress up in and can be simple and fun to make.

Making costumes for Peter Pan characters might be needed for:

In addition to the well known Pan, other popular costumes include:

Of course, Wendy, Michael, and John are part of the cast well, but are not as popular for Halloween and dress up costumes. These characters are also more difficult, if impossible to find. Many people have used general nightdress patterns from the period to reflect these characters. 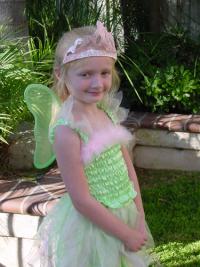 For those who have the ability to sew, major pattern manufactures sell Peter Pan costume patterns, which may be available at local craft or fabric stores or online. Even novice sewers can try their hand at some of the simpler sewn versions.

There is a large selection of out-of-print Peter Pan character costume patterns available online. McCall 5828, including adorable trousers, jacket, shirt, and event and belt. For a larger cast, Patterns from the Past offers Simplicity 7784. This pattern includes an adult Peter Pan as well as Tinker Bell, Captain Hook, and a different style pirate costume.

Ebay is an excellent source when searching for vintage Peter Pan patterns. A range of toddler, child, and adult costumes are available from both individual sellers and eBay stores like Cleaning Out Cheril's Sewing Closet.

Be aware that many Peter Pan character costumes don't include patterns for the accessories, so you'll have to purchase or use your creativity to create extras like Peter's hat. Don't forget tights, shoes, and props like Tinkerbell's Wand, and Peter's and Hook's swords to really complete the costume look.