Macbeth is one of the most popular of Shakespeare's plays, and Macbeth costumes are often needed by schools, small theater companies and others who are performing this tragic play.

Macbeth is one of Shakespeare's most famous plays and is also the shortest of his tragedies. It is a very popular play that is often preformed by school drama clubs as well as by companies large and small. It is a very accessible play about betrayal and the consequences of having a lust for power.

There are many characters in Macbeth, so the prospect of buying or making Macbeth costumes can be a bit daunting. The major characters are: 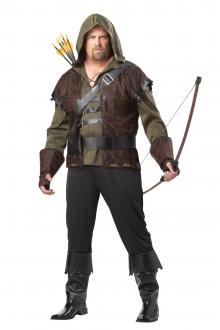 Macbeth is based on the story of Macbeth (also known as Mac Bethad mac Findlaich), a Scottish king who lived from 1005 to 1057. This time period is often categorized as "early Gothic." According to Costumes.org, the period in Western Europe was characterized by wearing a shorter tunic over a long tunic. Sleeves are wide on clothing for both men and women, and there is a lot more fabric used in costumes than had been in the past. The bottom of tunics also tended to be wide or circular shaped. The influence of Celtic peoples was also prominent in the clothing of the time.

Of course, costumes are not always historically accurate, and plays are not always set in the time in which the action took place or when the original play was written. Your Macbeth costumes might include modern outfits, Elizabethan costumes, or come from any other time period of your choosing.

If you're looking for a better idea of how other people have dressed to perform Macbeth, the Internet is a wonderful source of inspiration. Many theater companies large and small post pictures of their costumes and sets on their websites, which can give you a good idea of how you might like your Macbeth costumes to turn out.

Here are a few sites with pictures of Macbeth costumes that are all over the map in terms of style and time period:

It can be difficult to find Macbeth costumes for sale, or at least that are for sale specifically as costumes for Macbeth. Your best bet is to pick a time period and search for costumes that will suit your vision for the play. Here are some online costume shops that sell various styles of historical clothing:

Once you have a time period nailed down you can search for costumes for that particular era. Purchased costumes of this sort can be quite expensive, so many people make their own costumes.

The most basic way to clothe people in your staging of Macbeth is to use simple robes or tunics and pants in dark colors. Add a sash or a cape to distinguish important characters, and include a crown for the kings.

The ladies can wear fancier dresses or just lighter colors. And the witches can be dressed in black robes or as you would normally dress witches.

If you're looking for something a little fancier, there are tons of websites for costume designers that talk about period costumes and often have free patterns, tips and design ideas. Here are a few to get you started:

When designing your costumes, don't forget the props. There are many items listed within the play that you will need to make your Macbeth costumes complete.

Staging a play is a lot of work, but with the right costumes, you can move your audience into the fantasy and bring them happily along for the ride.