Homemade Halloween costumes are a great alternative to store-bought and ordinary costumes that so many people wear on October 31. There's nothing more disappointing, especially for a child, than walking down the street or into a costume party and immediately spotting one, two, or there others donning the same outfit. Store-bought costumes may look good, but the reality is that they are mass-produced, and they possess very little originality.

The great part about homemade Halloween costumes is that they incorporate creative ideas and unique details that are hardly ever found with store-bought outfits. With homemade costumes, costume choices are endless.

Homemade costumes can be extremely simple, and they can also be very complex. There are also "last minute" costumes for people who wait until 4 p.m. on October 31 to figure out what they want to wear for trick-or-treating.

Here are some ideas for your own homemade Halloween costumes. 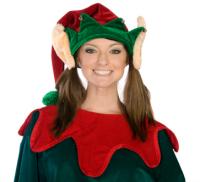 Homemade costumes are great. However, don't be disillusioned: some make-it-yourself costumes are very difficult to construct, and can lead to disappointment if there is not enough time to find all of the costume's necessary pieces. Problems with homemade costumes can also arise if putting the costume together involves items or equipment (such as a sewing machine) that are not readily available.

The best way to combat potential problems is to plan ahead and make sure there is enough time to gather all of the necessary pieces for a costume. For example, if a person wants to dress as a mummy, it's important to plan ahead and purchase the needed gauze at least a few days before Halloween. Waiting until October 31 to find enough gauze at the local drugstore may prove to be difficult or even impossible.

Most people do not think back to their childhood Halloweens and remember the store-bought costumes they wore. Instead, most adults' best memories of Halloween include recollections of the times they planned and worked on their costumes at home for weeks prior to the big night. Part of the fun of Halloween was deciding on a costume, and then working hard to put it together.

Remember, homemade costumes are one way to help ensure that Halloween remains a wholesome and fun event for children and adults every year. Costumes that are put together at home, either individually or as a family project, are sure to be the ones that are remembered 20 or 30 years down the road.