Are you looking for Gypsy costume ideas? If you are going to a renaissance faire, costume party, or other dress-up event, outfitting yourself as a gypsy can be a fun -- and affordable -- option.

What is a Gypsy?

Historically speaking Gypsies are a nomadic people that came from India and migrated to England. They moved around, often trading, bringing their laboring skills, or offering their mystical skills in fortune-telling for a small fee. Gypsies were also known for their unique dancing skills, musical abilities, and the way that they dressed. Gypsy costumes are easily taken from historic references and can be expanded upon with more modern clothing accessories.

The men in Gypsy society were basic dressers, which makes putting a costume together simple to do.

One thing to keep in mind is that Gypsies did not regularly wear shoes. If you are not comfortable with going barefoot, then a nice pair of leather sandals would work well. If you want to give the appearance of being a nomad, then consider creating a simple illusion. Put on a pair of sneakers that you feel comfortable wearing then purchase earth tone fabric. This would be browns, greens and the like as men weren't known for wearing overly colorful attire. Cut the fabric piece in to two squares and put your foot in the center, gather up the edges and wrap them around your calf and tie them in place. 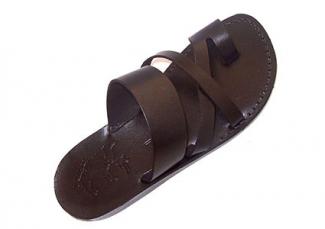 The Romani men wore pants that were fairly baggy on them as they did a lot of moving around and comfort was a big thing. The pants often were loose around the ankle or tied in place, much like the style of the Cossacks in Russia. The colors of the pants were earth tones. 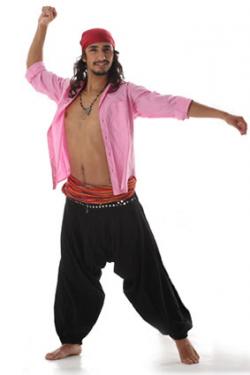 Male gypsies typically wore shirts that were not very well fitting. Many re-enactors use poet shirts as a way to depict the lifestyle of the male Gypsy and this works in a pinch, but are not very period. The sleeves were long but wide, and did not fit closely to the skin. The neckline was also very large and resembled a modern v-neck but to a bigger extreme. 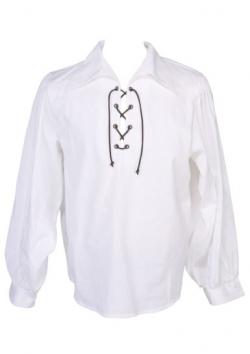 Out of all of the possibilities for Gypsy costume ideas, the accessories are what can make the costume complete. Gypsies didn't have much, but what they did have they liked to flaunt. You could almost consider the men to look like land-locked pirates. They often wore gold hoop earrings in both ears and long pieces of fabric that wrapped around their heads. 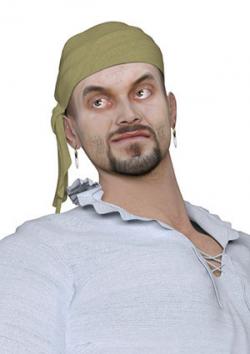 When you hear talk about Gypsies you often immediately flash to women dancing around with finger cymbals. Many confuse the Gypsy woman with a belly dancer form the Middle East because, ironically enough, the two are very similar in appearance.

Women, like the men, went barefoot the majority of the time. When they did wear anything on their feet it was a pair of sandals with very thin soles. Straps would wrap up the ankle and calf to secure them in place. Some would describe this type of shoe as a "Monk Flat" as monks would wear a sandal with a sole so thin it would be like walking on the ground. 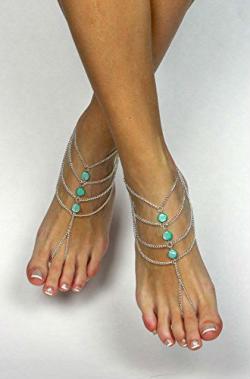 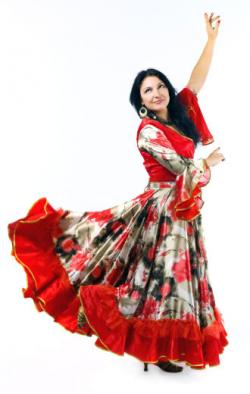 The blouses worn by Gypsy women were often the same as what the men would wear but more fitting. Another style often worn would be considered the modern day version of a halter or tube top style. Some women of the Romani tribes, especially dancers, wore a makeshift brassiere as the top, much like women of today walk around the beach in a bikini top. 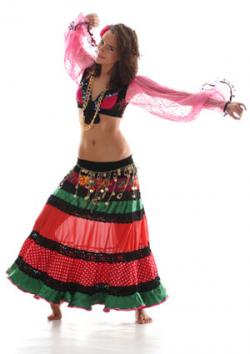 Women were often entertainers and as such their mode of dress was a bit more vibrant than that of the men. They also wore long head wraps and large hoop earrings but bells were also an item they seemed to covet. Bells were tied around the ankles and wrists to accentuate those areas. The waistbands of the dresses were often sewn with bells on them or coins. 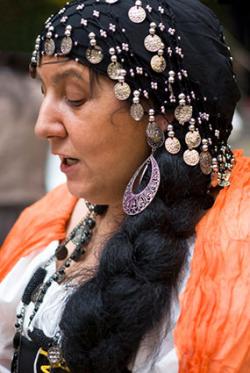 Other Styles of Gypsy Costumes

Many people consider a "true" Gypsy to be someone from Romania or roaming across the borders of India to other countries. These depictions are of what one could call "traditional" but there are other costume ideas that are derivative of the Gypsy style of dress.

This style of dress is very bright and airy and consists of long flowing one-piece gowns. Traditionally they are red with black piping. The dancers often used the finger cymbals as they performed and, like the Gypsies, also wore fabric of the head. 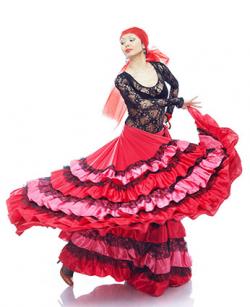 Costumes worn by belly dancers were meant to be sexy by showing the stomach, eventuating cleavage and pants and tops often being sheer. Finger cymbals as well as coins on strings and bells were also very popular pieces of the costume. Veils were also worn during performance and the performer could be barefoot or in sandals. 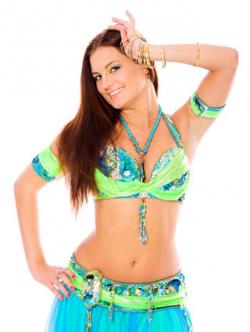 The world of the Gypsy is one of entertainment and mysticism with the fortune teller walking between both worlds. The style of dress is more like a man's, seeing the female in large shawls, dresses and the like. They would often be covered from head to toe with the colors of the fabric being earth tone in nature. The purpose is to be mysterious to those seeking a reading. 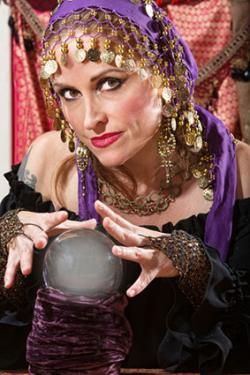